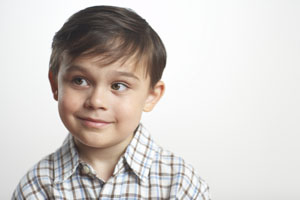 For those with severe allergic reactions, epinephrine (EpiPens® or AuviQ™) is nothing new. But if you’ve never seen or used one before, what are they and when should they be used? Jay Lieberman, MD, an allergist/immunologist at Le Bonheur, helps explain what epinephrine does – important information especially if your child’s friend brings one over.

What is epinephrine?
Epinephrine (also known as adrenaline) is the medication of choice for patients experiencing a severe allergic reaction (anaphylaxis) of any kind, such those due to foods or insect stings. Unfortunately, the medication cannot be taken by mouth, but rather must be injected similar to insulin.

Epinephrine auto-injectors (commonly known as EpiPen®) are devices that contain a spring-loaded needle that easily inject epinephrine (or adrenaline) directly into the muscle, allowing the potentially life-saving medicine to be readily available at all times for patients at-risk for severe allergic reactions. Currently, there are two commercially available forms of epinephrine auto-injectors in the United States, EpiPen® and Auvi-Q™.

When should it be used?
Epinephrine should be available at all times for patients at-risk for severe allergic reactions and should be given at the first sign of anaphylaxis. Symptoms, when associated with an allergic trigger, could prompt the use of epinephrine include:

What should parents tell their child's school?

If your child attends day care or school, the school should be notified if your child has a food allergy, as the main goal is avoidance of the trigger. You should supply the school with an epinephrine auto-injector to be on-site in the case of an emergency, and the school should have someone (even a teacher if there is no nurse readily available) trained in its use.

In Tennessee, there is currently a law that allows public and private schools to maintain at least two epinephrine auto-injectors in the school to treat a student’s reaction when he or she does not have a personal injector or has a first-time reaction.

Finally, it may be a good idea to provide schools and those caring for your child with an emergency action plan that details your child’s food allergy and what to do in case of an exposure to that allergen. Examples can be found at the following website: www.foodallergy.org

Want to learn more about Allergy/Immunology at Le Bonheur?