Is your baby sleeping safely?

The American Academy of Pediatrics recommendations on creating a safe sleep environment include:

These make up the ABCs (Alone, on their Back, in a Crib) of safe infant sleep that we model at Le Bonheur.

Many caregivers believe that placing an infant on their stomach is safer in case the baby spits up or vomits. In fact, the opposite is true. 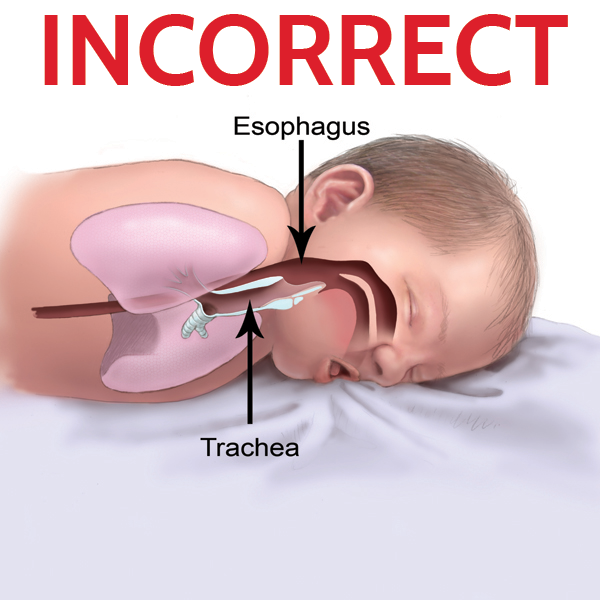 If this baby vomits or spits up, gravity might pull food down into the wind pipe (trachea) causing the baby to aspirate or choke. 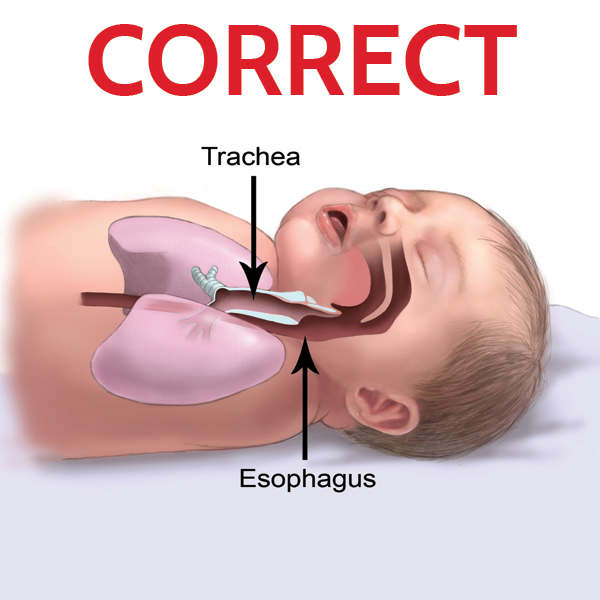 This figure demonstrates why it is safer for a baby to sleep on his back because the esophagus is behind the trachea. If this baby vomits or spits up, gravity might keep food from going into the wind pipe (trachea), making it less likely for the baby to aspirate or choke.

Fisher-Price recently recalled its Rock ‘n Play infant sleeper after pressure from the American Academy of Pediatrics. The AAP called for the immediate recall of all Rock ‘n Play Sleepers, citing a Consumer Reports analysis linking the popular sleeper to 32 infant deaths. The AAP noted that Consumer Reports concluded that cause of death for some babies was asphyxia, or the inability to breathe caused by the babies’ position.

The AAP does not recommend inclined sleep products or any other products that require restraining a baby. It also advises against using car seats, strollers or other devices for sleep. The group said babies could roll or turn into an unsafe position and suffer suffocation or strangulation when unable to move.

Want to learn more about General Pediatrics at Le Bonheur?