What to watch for and when to worry 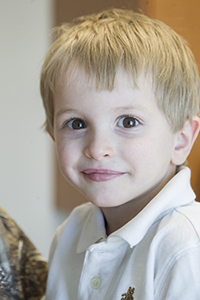 More than half a million children in the United States will have a seizure this year. They can occur at any time. Le Bonheur Children’s Chief Neurologist James Wheless, MD, PhD, who also serves as co-director of the hospital’s Neuroscience Institute, explains more about seizures, their causes and warning signs for parents.

What is a seizure?

A seizure is an "electrical storm" in the brain, and the outward manifestations depend on the area of the brain involved.

They differ in appearance depending on the part of the brain involved, but tend to be similar in nature when they recur. Seizures may have motor manifestations. Some may just be episodes of staring with loss of awareness while others have motor or convulsive activity.

How common are seizures in children?

What are the causes of seizures?

Almost anything that effects brain function can cause a seizure. This includes trauma, infection and changes in the brain structure (congenital). In children, about half the time, no cause is identified.

What should I do if I suspect my child is having a seizure?

He or she should be evaluated by a physician and have an EEG or brain wave test performed.

When should a parent call for emergency medical help?

Call 911 if a seizure lasts for more than five minutes or if the child has consecutive seizures without the person regaining consciousness. Also call for help if they have trouble breathing, if they are injured or if this is the first seizure the person has had.

What is the difference between epilepsy and a seizure?

A seizure is a single event, and epilepsy is the term used when seizures recur in a person. Le Bonheur’s epilepsy program is a National Association of Epilepsy Center Level IV Accredited comprehensive program – the highest level and one of only a few in the United States.

What are some good resources for families?

Epilepsy.com, the website for the Epilepsy Foundation of America, has excellent information about epilepsy.

Want to learn more about Neurology at Le Bonheur?