The hospital with the big red heart will always hold a special place in the hearts of Brady and Nancy Cook, of Houston, Texas. Because Le Bonheur offered them light during a desperately dark time, giving back is important to the family.

In September 2011, Alyssa Cook’s kindergarten teacher reached out to her parents after she noticed worrisome behaviors. During class or chapel, Alyssa would stand up unexpectedly to twirl and sing. When the behavior was corrected, Alyssa seemed to have no idea what had happened and was confused about why she was in trouble.

After consulting with her pediatrician, Brady and Nancy took Alyssa for an MRI, which showed a seizure-causing tumor in a troublesome location of her brain. Brady and Nancy realized these unusual classroom episodes, along with bouts of staring into space for 20 to 45 seconds at a time, were actually seizures.

Alyssa’s tumor was located near her Broca’s area, a part of the brain that affects speech. The Cooks visited a local neurosurgeon, who believed the tumor was benign and felt surgery was too risky. He recommended treating the tumor with medications.

When medication proved unsuccessful in stopping the seizures, the Cooks began a nationwide search for other options — some more than 1,500 miles from their Houston home. The opinions were inconsistent and offered few answers to the worried parents. Many discouraged surgery because of the tumor’s location.

“We literally felt as if we were racing against time,” said Brady.

Then, online research led them to Le Bonheur and Neuro Surgeon Frederick Boop, MD, co-director of the Neuroscience Institute. Learning about Le Bonheur’s advanced neuroscience technology gave them a renewed sense of optimism. The nine-hour trek from Houston would be worth it to find the care Alyssa needed.

Their first meeting with Boop was drastically different from their previous appointments with neurosurgeons. Boop not only encouraged the surgery but was also confident he could successfully operate and remove the tumor without affecting Alyssa’s speech.

Le Bonheur is one of the few pediatric neuroscience programs with access to the full range of brain-mapping technology. A multi-disciplinary team interprets the results and provides a blueprint for treatment.

A functional MRI and highly advanced MEG (magneto-encephalography) technology allowed doctors to map Alyssa’s brain in two ways. First, they were able to locate the sources of seizures resulting from the tumor, and then they could map out her brain’s language centers.

They learned that Alyssa was dual-Broca’s, meaning her language generated from both the left and right sides of the brain. Thanks to the mapping technology, they also knew her speech areas allowed for surgery within a one-centimeter margin of the tumor. Along with a running battery of tests, doctors tracked Alyssa’s seizure activity for a few days. After a week of testing and monitoring, they had a plan, and her surgery took place the following week.

A vital tool throughout Alyssa’s surgery was the intra-operative MRI (iMRI), a state-of-the-art machine that allowed the team to perform MRIs during surgery. With this tool, they could monitor the process closely and ensure the entire tumor was removed during one operation. Before Le Bonheur had an iMRI, children would have a follow-up MRI the next day — and some would require another surgery.

Four days later, Alyssa walked out of the hospital on her own. 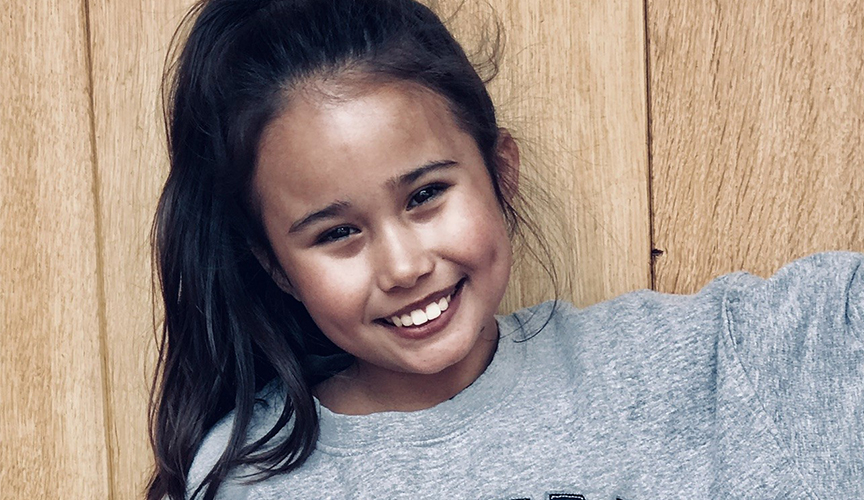 Eighteen months post-surgery, Alyssa no longer needed seizure medications, and she’s been seizure-free since. Year after year, her follow-up MRIs have been clear, and today she’s an active, happy girl making straight As in school.

GIVING BACK TO LE BONHEUR

Although the Cooks know Alyssa’s follow-up scans and tests could be performed closer to home, they can’t imagine going anywhere besides Le Bonheur. Their annual trip from Houston to Memphis is a tradition that’s become special for the family. They eat barbecue, visit the Memphis Zoo and attend church with a family they befriended during their time at Le Bonheur. Then they make their way to the hospital for her yearly check.

“Without the generous and ongoing support of grateful families such as the Cooks, our Neuroscience Institute would not be able to offer these expensive, cutting-edge technologies these children need,” Boop said. “We’re grateful for their support so we can provide excellent care to the children and families who come to us from all over the world.”

The family has also supported the neuroscience endowment fund, so the program can continue to flourish and help children for generations to come. While their decision to give stems from a lifetime of gratitude, they were also encouraged by the on-going matching gift option from Methodist Le Bonheur Healthcare for endowment fund donations.

“The matching gift appealed to us because we could leverage our giving and make it really count,” said Brady.

Brady and Nancy say they will never forget the frightening experience that brought them to Le Bonheur, but they also remember wonderful things, such as the kindness of the doctors and nurses who continually went above and beyond to make sure Alyssa was comfortable and the support and much-needed rest they found at FedExFamilyHouse.

“It’s a place that gave us hope and compassion when we were on our knees. Our result ended up being the best we could have ever hoped for, and we know it doesn’t always end that way,” said Brady. “We needed hope, and anything we can do to help create hope for other people — that’s what’s important for us.”