The heart never takes a break. It has one job – to pump blood throughout the body. The rest of the body is dependent on that steady beat. When a child’s heart begins to fail, childhood takes a drastic turn.

For Daniel, a failing heart meant watching the school band play without him. His lungs weren’t strong enough to play the saxophone anymore.

For Piper, it meant riding her tricycle in loops around the hospital instead of playing outside. For Karlin, it meant the whole family had to pick up their lives in New Orleans and move to Memphis to be closer to the care he needs.

Because of your support, these children and their families found hope at Le Bonheur. Hope for a new heart. Hope for a brighter tomorrow. 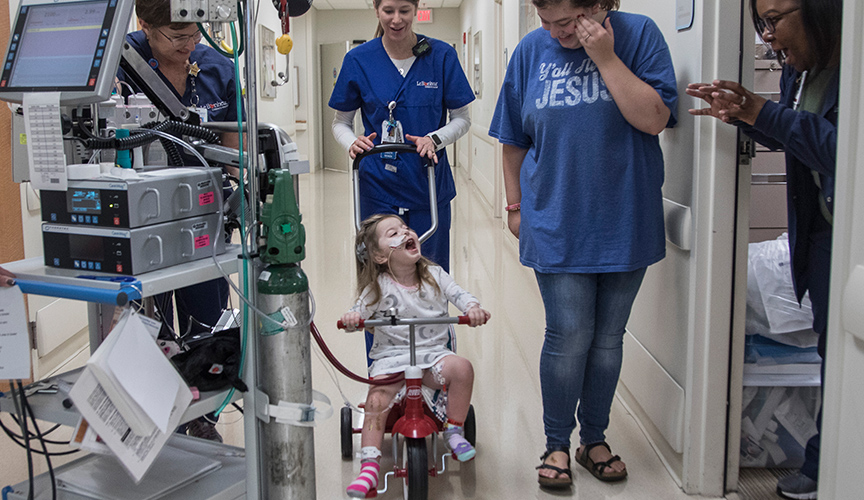 Sitting still in a hospital bed is hard for any 3-year-old.

For 115 days, Piper Pettit called a room in Le Bonheur’s Cardiovascular Intensive Care Unit (CVICU) home while waiting for a heart transplant. Before that, Piper had been in and out of another hospital near her home in Vardaman, Miss. Her short life has been marked by heart surgeries and long hospital stays.

Despite her weakened heart, Piper wanted to play like every other kid her age. A loop around the CVICU became her playground. She’d ride her tricycle around and around while two people would pull the machines that kept Piper’s heart pumping and another would guide the bike. With each loop, doctors and nurses would hide behind their doors or desks waiting to surprise their spunky patient. The sound of people singing “Baby Shark” would fill the halls.

Two weeks after receiving her new heart, Piper left the CVICU riding her tricycle. She moved to the cardiac floor – another step closer to going home.

Waiting To Play The Saxophone Again 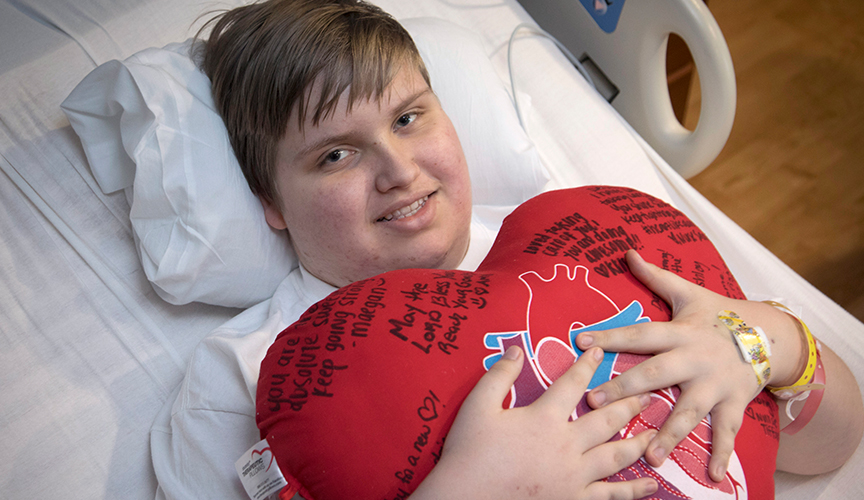 In an ideal world, Daniel Cross will start high school next year. He’ll join his friends playing saxophone in the band, and he’ll show off his skills on the bowling team. Daniel waited at home in New Albany, Miss., to have the breath to play his saxophone and to have the strength to bowl.

“He had his last open heart surgery at 2 years old, and we only went to doctors for follow up appointments,” said Crystal. “But after his 13th birthday, he just couldn’t keep up anymore.”

Daniel waited 197 days for a heart transplant. And now Daniel is growing stronger and waiting to get back to high school.

New Heart Gives Uriah Energy To Be A Toddler 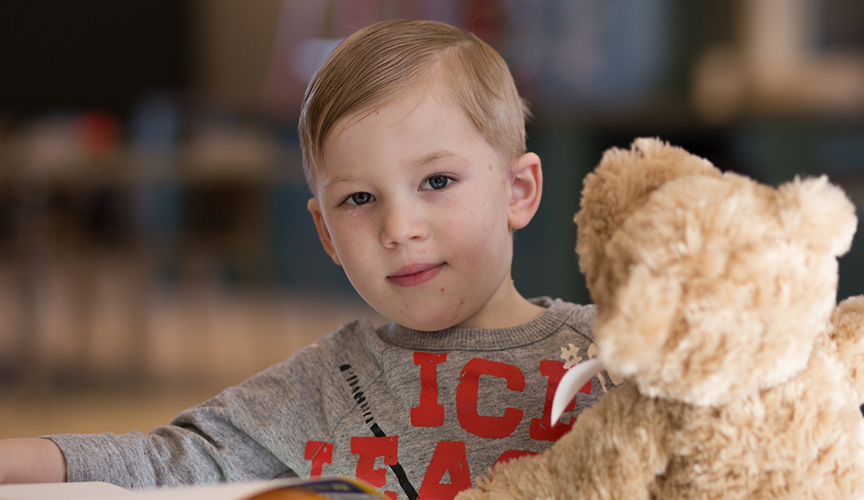 Uriah Harlow stopped eating. He couldn’t walk across a room without stopping to rest. Mom Sarah was surprised to learn her laid-back baby was really sick – his heart was only working at 10 percent of its capacity. Uriah was immediately airlifted from Tupelo, Miss., to Le Bonheur, where a heart failure team was ready to treat him. Oral and IV drug protocols to treat his condition were the first step. But those didn’t work.

“If he was going to live, he would need a heart transplant,” Sarah recalls the doctor telling her.

“It’s unreal the energy this kid has,” says Sarah.

A Long Journey To A New Heart 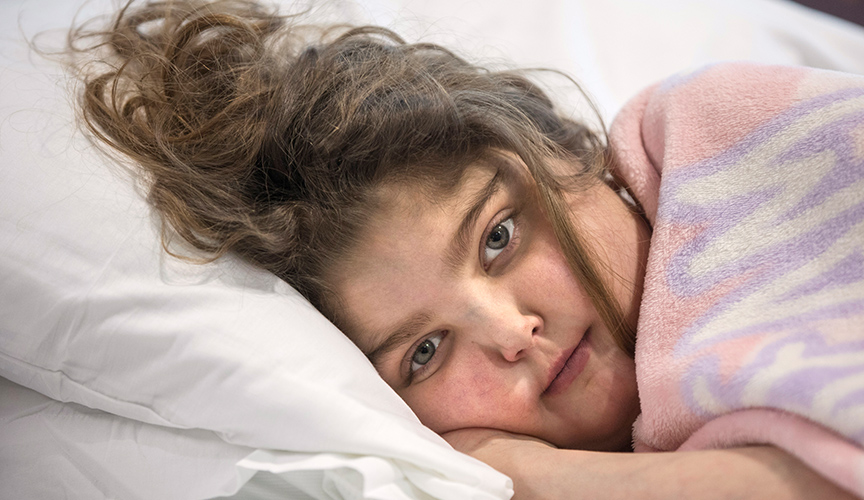 Natalie had three heart surgeries by the time she was 2 years old. Now 9, her heart is failing, and as she waits for a new heart, she must undergo cath procedures to cull veins from around her heart to prepare for the day she receives a new one. For now, Natalie is waiting – waiting to be able to swim again, to return to school with her friends and to take her Make-A-Wish trip to Universal Studios. 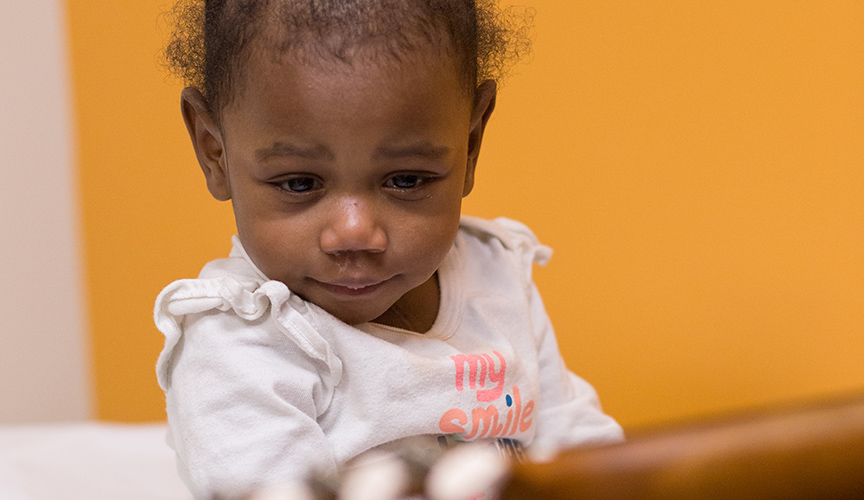 Zecari Taylor’s 200-day wait for a new heart was filled with needle sticks and procedures. Difficult for anyone, but especially a baby. That’s why Le Bonheur’s child life team has grown to 31, including music therapist, Taylor Brown. Every time Taylor came into Zecari’s room, she would immediately perk up.

“She loves music and loves to sing,” said Zecari’s dad, Christopher. “The music therapist helped her a lot – it helped her recover faster.”

Now 2, Zecari still delights in seeing Taylor when she comes for checkups

Before She Was Born, Le Bonheur Was Ready For Jada 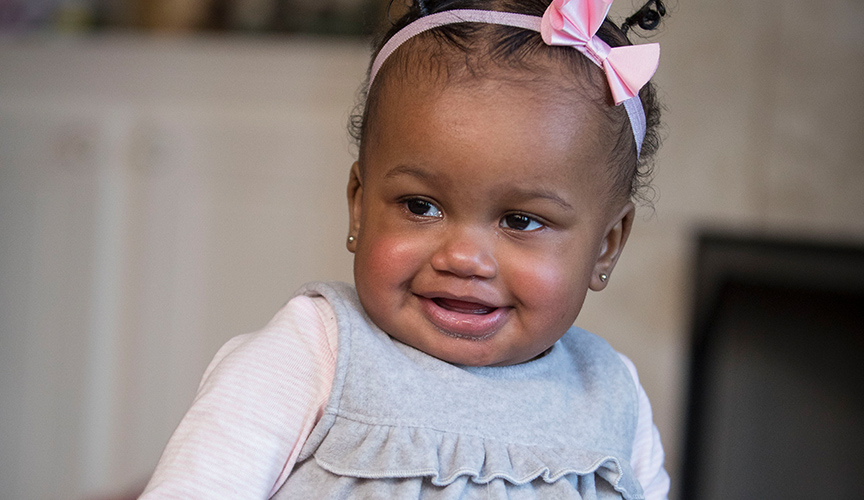 Jada wasn’t supposed to live. She was diagnosed in utero at 22 weeks with a serious heart condition. Scientific literature says kids like Jada don’t make it.  At Le Bonheur Children’s Fetal Center, Jasmine learned her daughter’s only hope was a heart transplant.

“I was afraid, devastated and heartbroken. I was told early on that the odds were definitely against us.

I wondered how would this play out. Is it worth the risk, will she be in pain?” said Jasmine.

It was worth the risk – today Jada is a happy little girl who loves playing with her brothers. 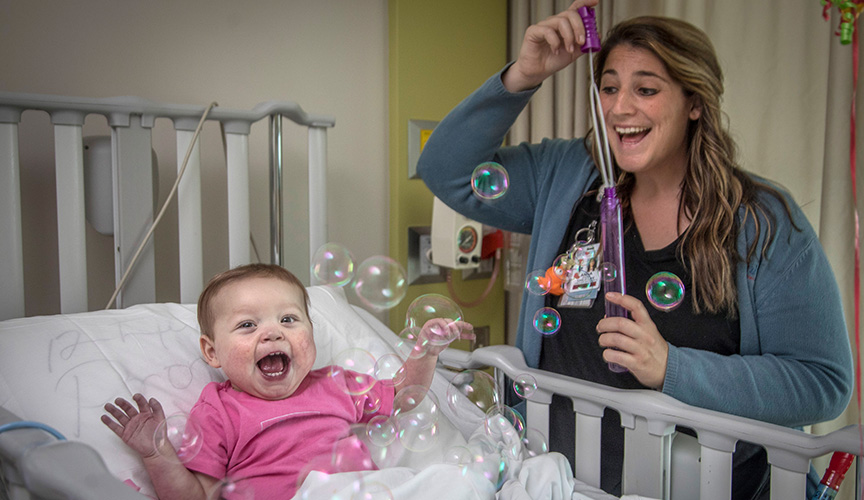 Your support helps kids like Gracie whose heart wasn’t strong enough to keep up with her personality. When Gracie was 10 months old, her little lips and fingers turned purple – a sign her heart was failing. On Sept. 15, her family got word that Gracie would receive a donor heart. Once the new heart started beating in her chest, the purple was gone, and her little cheeks turned rosy again. Now she’s home and delighting her family with her silly dance moves anytime she hears music. 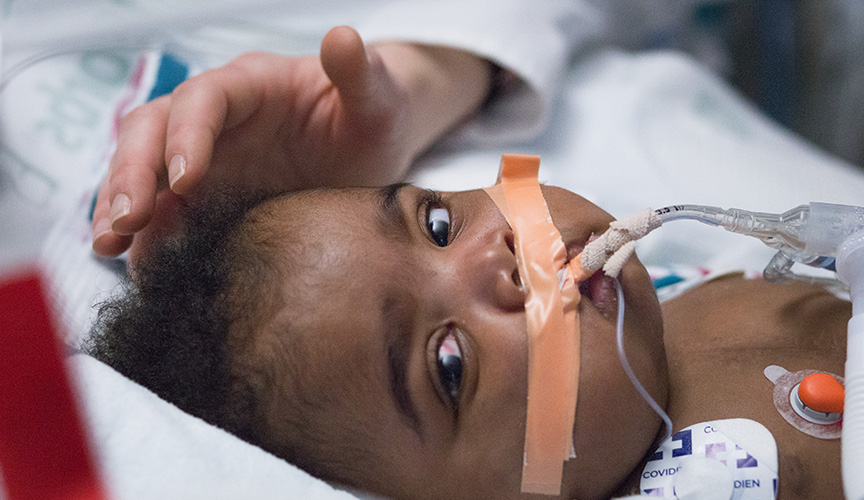 When doctors at a New Orleans hospital said her son would need to travel to another hospital for a heart transplant, Marlei started researching online. She looked at U.S. News & World Report’s ranking of pediatric heart programs. She consulted quality data. Everything pointed to Memphis where Karlin would be first on the transplant list. Fewer than three months later, Karlin received a new heart.

The whole family has begun a new life in Memphis – their new home so Karlin can be close to the doctors who saved his life. 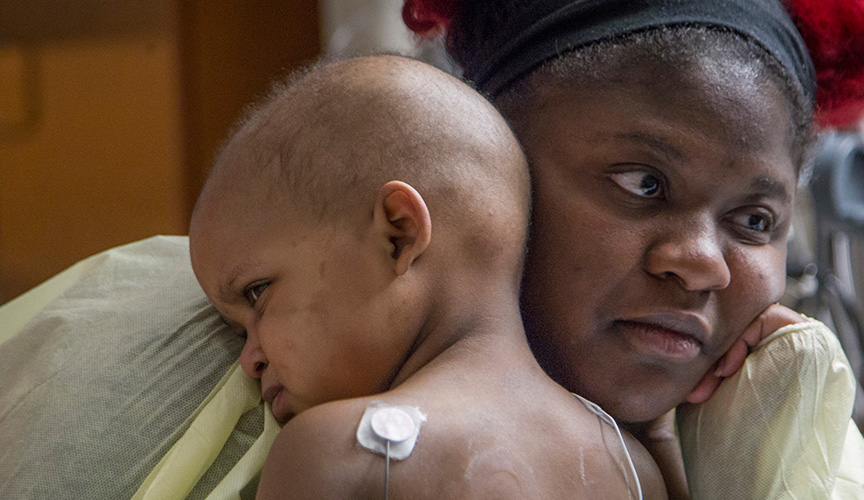 After six weeks of waiting, Lyric became the first patient to receive a heart transplant at Le Bonheur on Oct. 22, 2016, at 20 months old. Within two days of her surgery, Lyric was brushing her teeth, playing with dolls and blowing bubbles.

“She has so much joy and so much energy,” said her mom, Quintrisa. “I can’t keep up with her anymore. She just loves life.”

Thanks to her new heart, Lyric is now an energetic 4-year-old who loves to dance and is ready to start school.