Whooping cough: The importance of vaccination 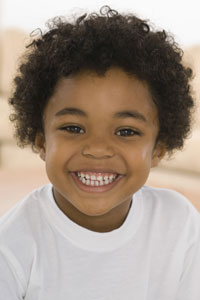 Children between 3 and 36 months of age who have whooping cough were more likely to be undervaccinated, that is, to have not received all of the recommended doses of pertussis vaccine, according to a new study. Dr. Sandy Arnold, a pediatric infectious disease specialist at Le Bonheur Children’s, explains the study published in The Journal of the American Medical Association Pediatrics, whooping cough and the need for the vaccine.

What is whooping cough?

Pertussis, or whooping cough, is the most common vaccine-preventable disease seen in the United States. It is caused by the bacteria, Bordetella pertussis.

Pertussis is spread from person to person by respiratory droplets created by coughing or sneezing. It infects the respiratory tract and causes a stereotypical disease. The first week of the illness is essentially indistinguishable from the common cold (called the catarrhal phase). People with pertussis are contagious during this time but usually have no idea they have pertussis. After a week, a severe cough develops. There are spasms of cough during which it is very hard to catch one’s breath. This occurs because the mucous in your lungs becomes very thick and difficult to cough up. When you are able to breathe during a paroxysm, you take a very quick deep breath that has a characteristic sound called a “whoop.” This is why pertussis is also known as whooping cough.

Why is whooping cough harder on younger children?

The younger you are when you get whooping cough, the more severe the symptoms because the tiny breathing tubes in the lungs get plugged with the sticky mucous. Infants are the most likely to be hospitalized with pertussis and the most likely to die of pertussis.

Older children and adults are unlikely to die from pertussis but can experience unpleasant effects from the severe cough including rib fractures, pneumonia, hernia, subconjuntival hemorrhage, disrupted sleep, missed time from work and school. The convalescent phase of pertussis is characterized by prolonged cough that slowly resolves. Pertussis is also known as the 100-day cough.

When should children be vaccinated?

The Advisory Committee on Immunization Practices (ACIP) recommends that children receive four doses of a pertussis-containing vaccine in the first 18 months of life, including one at:

A 3-year-old should have received all four doses.

Children should receive a booster dose prior to starting school at 4 to 5 years of age (after the initial four doses described above) and another booster at 11 to 12 years of age (or after if the 11 to 12 dose was missed). All adolescents and adults should have received one dose of pertussis-containing vaccine.

Why is the pertussis vaccine given with tiphtheria and tetanus vaccines (DTaP)?

Pertussis vaccine is always given combined with tiphtheria and tetanus vaccines. The old pertussis vaccine, in use prior to 1996, was made of whole killed pertussis bacteria. Although very effective, it caused a lot of side effects including fever and febrile seizures.

For adolescents and adults – The amounts of diphtheria and pertussis vaccine proteins in the adolescent/adult vaccine are smaller than in the infant vaccine to prevent severe local reactions (swelling, redness and pain) after immunization. This vaccine is referred to as Tdap with the lower case d and p denoting reduced vaccine dose.

What does this study mean?

The importance of this study is that it reinforces the need for children to receive all recommended doses of vaccines at the right times. Infants are at high risk because of lack of immunity – they are not really immune until they have received the three primary doses of vaccine – and being small and more likely to have severe complications.

The other way that infants can be protected against pertussis is for pregnant women to be immune to pertussis and pass antibodies on to the baby prior to birth. For this reason it is now recommended that all pregnant women receive a dose of Tdap during each pregnancy. The late booster dose of Tdap not only protects adolescents and adults from an unpleasant prolonged cough illness but also protects young infants who are not fully vaccinated.

Pertussis vaccine is about 85 percent protective against pertussis infection, which is lower than most other vaccines. It is most important that everyone receive the recommended doses of vaccine to increase the immunity of the population and protect the most vulnerable.

Want to learn more about Infectious Diseases at Le Bonheur?