Small amounts of lead and mercury levels are delivered to premature infants who have received a blood transfusion, and some of these metals are deposited in body organs, according to research led by Le Bonheur Children’s Neonatologist Mohamad T. Elabiad, MD.

The concern with tissue deposition: chronic fetal exposure to heavy metals has been associated with developmental delay. If lead and mercury are being absorbed by the premature babies’ organs, is the exposure during this critical time enough to cause concern?

“We know that chronic exposure to lead and mercury in utero is associated with developmental delay,” said Elabiad. “It is yet unknown if such infrequent exposures in an extremely premature infant will also have similar consequences.” 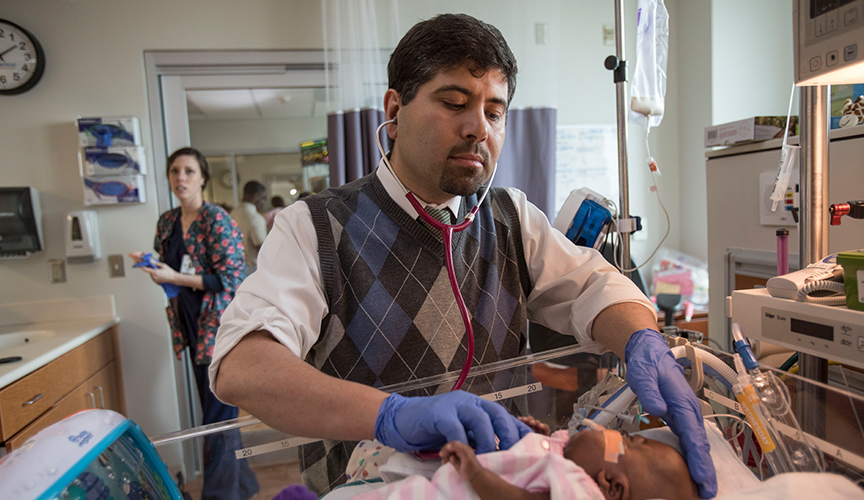 “The most likely explanation for this drop back to pre-transfusion levels are either the metals were deposited in certain organs and/or the metals were excreted out of the body,” said Elabiad.

Lead levels in the babies’ urine – the main route of excretion – were very small compared to levels received with the transfusions, and the team is still working to see if the same is true of mercury levels.

“This tells us that most of the lead received during a transfusion is likely being deposited in organs,” Elabiad said.

Elabiad added that metals received through transfusions in term infants and older children is not of concern, as these children rarely receive more than one transfusion in a short amount of time and, if they do, their excretory organs,  including the kidney and liver, are much more mature than those of a premature infant.

Blood transfusions are common procedure for premature infants, Elabiad said, because of their finite blood volume and the frequent blood draws needed to evaluate and assess their condition.

Elabiad and his research team will next focus on evaluating markers of the brain or kidney’s exposure to these metals post-transfusion. If organ deposition is confirmed, screening blood donors for lead and mercury levels will help reduce the amount of heavy metals given during a transfusion, says Elabiad.