Le Bonheur’s ACHD program provides a variety of treatments. The some common include: 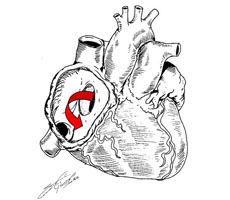 An ASD is a hole in the wall between the upper receiving chambers of the heart.  This causes excess blood to be shunted to the right side and then out to the lungs, which over time, can lead to dangerous elevations of the pressures in the blood vessels in the lungs. ASDs can be closed surgically or in the catheterization lab with special devices. 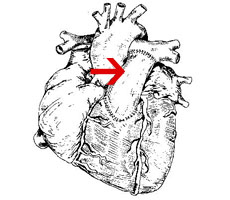 Many infant congenital heart repairs require surgery on the pulmonary valve, which sits between the right ventricle (right-sided pumping chamber) and the pulmonary artery (that carries “blue” blood to the lungs).  As patients get older, continued leaking or narrowing of the pulmonary artery can require replacement. Pulmonary valve replacement is often done with a tissue valve conduit (human or animal artery and valve) placed in the same position as the patient’s original pulmonary artery. This has become one of the most frequently performed operations on adults with congenital heart disease. Sometimes, a patient can be a candidate for the Melody valve procedure. Talk to your cardiologist about the best option for you.

This way, the new aortic valve (autograft) can last sometimes twice as long (more than 20 years) as standard tissue valve replacements, and has the major advantage over mechanical valves in not requiring lifelong blood-thinning medications.

As with most pulmonary valve replacements, the tissue valve (conduit) used to replace the artery on the right side degenerates over time, still requiring replacement with future surgery.