Those were some of the first words 27-year-old Memphian Anthony Green remembers hearing from his mom when he told her he was gay.

In a city where HIV rates are among the highest in the country, Green not only understood his mother’s concern, but became determined to defy statistics. In 2015, Memphis ranked No. 8 for newly diagnosed HIV cases and No. 12 for AIDS cases. In Memphis’ Shelby County, 279 people were diagnosed with HIV in 2015*. The diagnosis disproportionately affects African-American men and women.

Motivated to make a dent in those numbers, Green is now an outreach coordinator with Le Bonheur Children’s Hospital’s multidisciplinary Community HIV Network – a group of programs working to reduce HIV infection rates in the Memphis area. 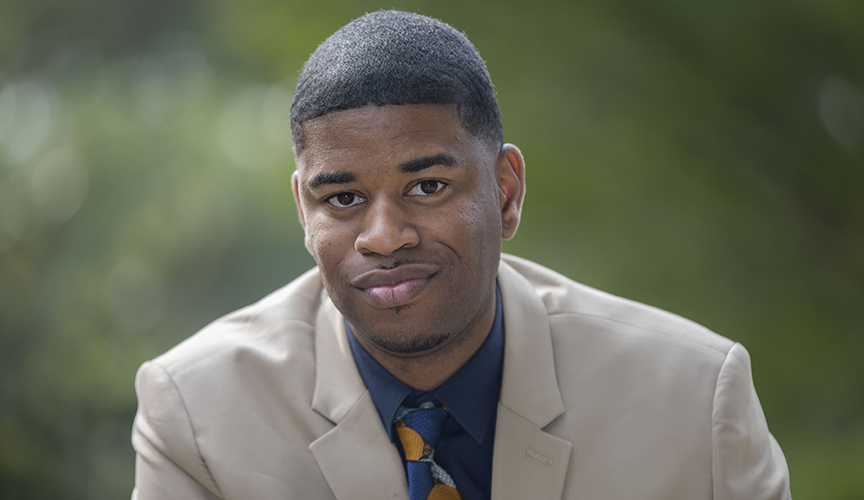 The network started in 1998 and has grown to encompass eight federal- and state-funded programs that partner with other agencies in the community to provide testing, care and support services for those at risk for or affected by HIV.

More than 30 years into the HIV/AIDS epidemic, youth ages 13-24 years old – particularly those in racial minorities – are now among the most likely to become infected with HIV, according to Memphis’ county Ryan White HIV/AIDS program. Individuals in this age group account for one in four new HIV diagnoses. 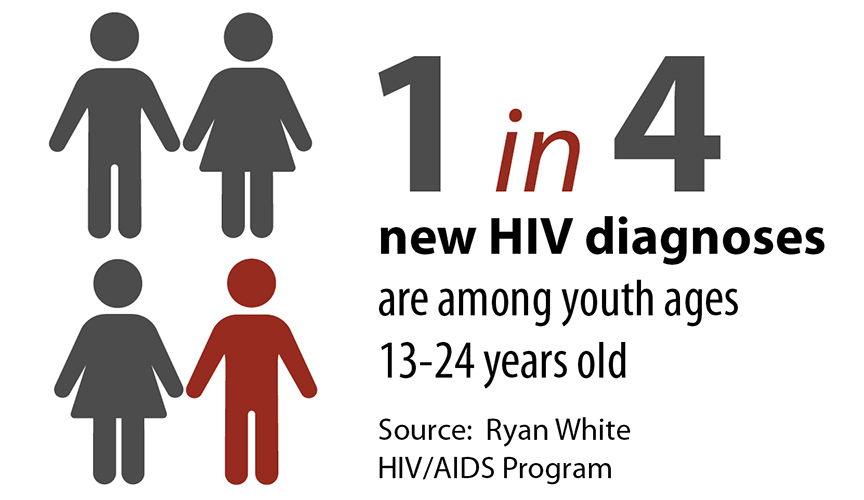 Public health officials point to a lack of awareness about available tools and resources for the recent shift toward this younger demographic.

Green has led the Community HIV Network’s Social Network Strategy (SNS) program since 2015. SNS uses a recruitment model to reach and provide HIV counseling, testing and referral services to those at risk for HIV – particularly black MSMs (Men who have Sex with Men).

Since its inception in 2013, the program has worked to connect 106 HIV-positive individuals to care – nearly all of whom fall into the targeted age group.  Those who test negative but are considered at high risk for contracting HIV are educated about how to protect themselves against the virus and informed about PrEP (Pre-Exposure Prophylaxis) – a drug that can be taken proactively to prevent an HIV infection.

“We work to build a relationship (with clients) and encourage them to make a routine of getting tested every three months,” said Green. 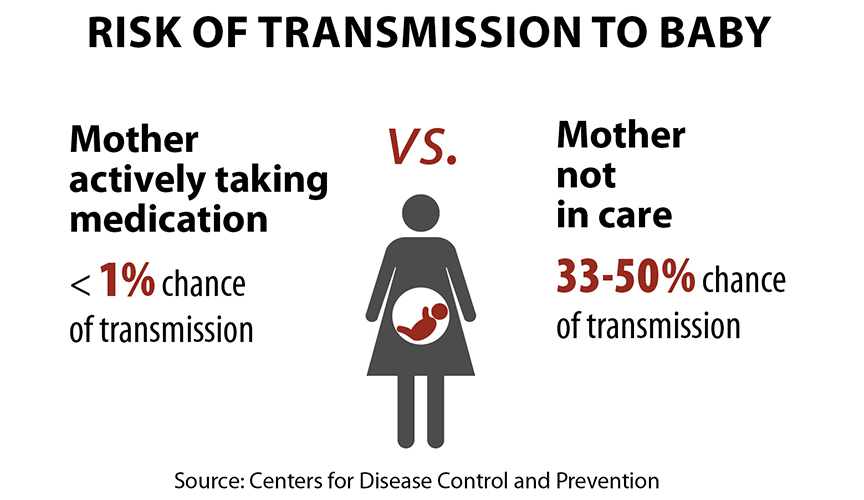 Green says one of the biggest challenges the program faces is getting individuals to accept their positive status.

“Sometimes we see people who’ve tested positive years ago and still aren’t in care. We see some (MSMs) who think they aren’t at risk for HIV because they’re in a committed relationship, or they’ve only been with a few people,” said Green. “I tell them ‘one in two black gay men will become positive.’ They’re surprised by that.”

His team works to reduce the stigma surrounding HIV and offers a support network to help individuals feel less alone. They formed Brother’s Keeper in 2017, a support group for young African-American gay men. The men – some HIV positive, some not – meet monthly to talk about issues like safe sex and negotiating their way out of risky situations. Or sometimes they just hang out.

“We talk about what we all face as black gay men living in Memphis,” said Green.

While some contract HIV as a teen or adult, others acquire the virus from birth. Such was the case for Sharmain Mayes-Winston, 27. A suspicious rash led to her eventual diagnosis when she was only 4 months old. Her mother, a prostitute and drug addict, didn’t know she was HIV positive while pregnant. As an adult, she’s found a valuable resource in the Community HIV Network’s Family Care Program – a resource she turned to when she learned she and her husband, Renwick, were expecting their first child.

When I tell people what I do, that I work with women and families affected by HIV, their first reaction is ‘that’s so sad.’” It’s not. I love my job. It’s rewarding to work with these clients and watch them succeed in many areas of their life. We almost never have an HIV-positive baby.”

Mayes-Winston’s son Mason, born in 2014, was confirmed HIV negative at 1 year old and is thriving. The family welcomed their second son, Sebastian, a year later. He’s also HIV negative. Mayes-Winston continues to use the services provided by the Family Care Program and its partner, Hope House. The childcare center ensures she has a safe place to take her boys while she goes to doctor’s appointments, and support groups have helped her connect with other women and families who face the same challenges.

It’s been five years since the Food & Drug Administration first approved TRUVADA® as a Pre-Exposure Prophylaxis (PrEP) for HIV. Taken once a day, the pill is proven effective in preventing HIV-negative individuals from contracting HIV. Many hope PrEP will be a game changer for the epidemiology of HIV rates. But there are challenges.

To help individuals considered at high risk for HIV infection in the Memphis area gain access to PrEP, Le Bonheur’s Community HIV Network launched Project PrIDE with the help of the Tennessee Department of Health and county Ryan White funding, a program that provides HIV-related services to those who do not have the financial resources. Currently, few primary care physicians prescribe PrEP for HIV prevention. Le Bonheur’s Project PrIDE guides at-risk individuals through the process of finding a physician and obtaining a prescription.

Michael Kleinman, MD, is one of a handful of physicians who offer the drug.

“PrEP is not for everyone, but it is a wonderful tool that can be used to fight the HIV epidemic in our community,” said Kleinman. “As Memphis and Shelby County have one of the highest rates of HIV in the entire country, we need to be proactive in protecting this high risk group as much as possible.”

Another challenge is cost.  No federally funded programs are available to assist patients with the cost of PrEP, and even with insurance coverage, patients incur increased expenses due to required doctor’s visits every three months.

“PrEP is a new resource we have to tackle this illness. If it’s not readily accessible to the community, then what is the point of having it? Our community wants and needs this medication, so we have to figure out ways to remove barriers that are preventing access,” said Lauren McCann, director of Community Programs.

In its first year, Project PrIDE has connected 36 individuals to a medical provider to discuss PrEP, and 24 have received a prescription.