The tiniest of extremely low birth weight (ELBW), premature infants with a patent ductus arteriosus (PDA) now have the option for transcatheter PDA closures in the catheterization labs of Le Bonheur Heart Institute. 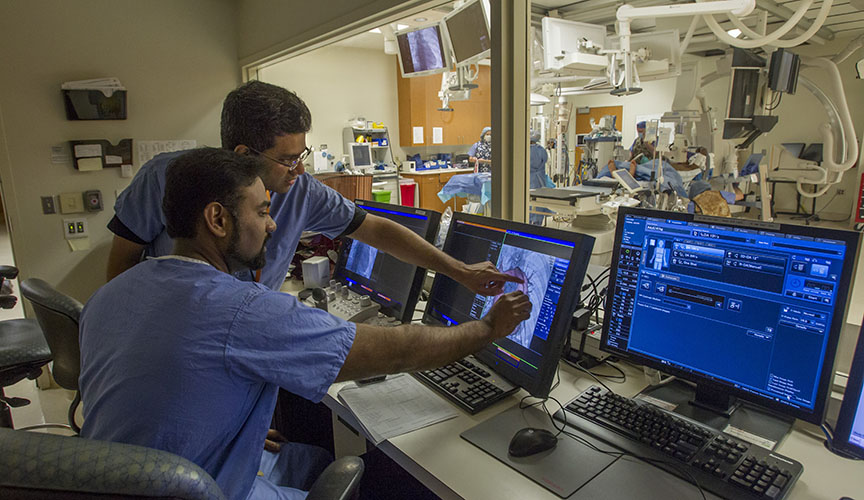 This work has been pioneered for the past three years by Cardiologist Shyam Sathanandam, MD, FSCAI, who has now joined a 10-site, FDA-approved clinical trial for the device used in the closure. Sathanandam performed the first procedure in all of the United States on a 1 kilogram patient on the trial and has performed the most number of such procedures in the country to date.

The procedure takes less than 30 minutes to perform, and recovery times are less than six hours to return to baseline ventilator settings.

“Babies are able to be weaned off the ventilator  faster than those who undergo surgical ligation of the PDA and those in whom the PDA is left untreated,” Sathanandam said.

Ideal patients are born between 24-28 weeks’ gestation and weigh between 600 grams to 1.5 kilograms. In his experience, those who have catheter-based closures within the first four weeks of life have the best outcomes.