Once the evaluation and diagnosis process is complete, your family will be presented with a care plan. Treatments may include medications, a special diet or surgery. 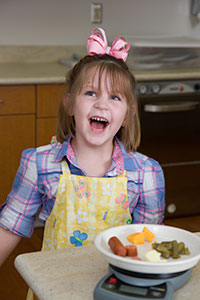 There are many types of medications which can be used to treat seizures and epilepsy. In addition, patients who have not responded to the typically prescribed medications and are not candidates for epilepsy surgery may be given the opportunity to be treated with new study medication.

Le Bonheur physicians have experience in the development of every new drug introduced into the US in the last 30 years. We continue to work with the FDA and drug companies to develop new treatments.

This is a special diet that may be an option for children who do not tolerate medications or whose seizures are not being well controlled with medication alone. The Ketogenic diet is a very strict diet high in fats and low in carbohydrates and protein. Le Bonheur has specially-trained dieticians to help your family understand and implement this diet.

Surgery for epilepsy is performed by our specialized neurosurgical team. The operation may remove the part of the brain where the seizures occur or the surgery may stop the spread of electrical currents through the brain.

Some epilepsy surgery options include: