18-day-old Jaycie May Hoagland was in trouble. The premature, 800-gram infant was struggling to survive. One of her biggest obstacles: her heart’s patent ductus arteriosus (PDA) needed to close.

With severely underdeveloped lungs, Jaycie wouldn’t make it through open heart surgery to close the opening. That’s when her neonatologist at Niswonger Children’s Hospital in Johnson City, Tenn., offered another option: Fly her 500 miles to Memphis for a transcatheter PDA closure at Le Bonheur Children’s.

“It was a do or die situation,” said Jaycie’s mom, Jennifer. “If we stayed home and closed the hole with surgery, she wasn’t going to make it. The neonatologist told me, ‘If it was my child, I would fly her to Memphis.’”

In Memphis, pediatric interventional cardiologists were perfecting a new technique to close PDAs for extremely low birth weight (ELBW) premature infants in the hospital’s hybrid catheterization lab. The minimally invasive technique was designed to shorten the length of stay for premature infants and improve the premature infant’s recovery time.

The Amplatzer Piccolo Occluder is the first transcatheter cardiac device to earn FDA-approval for premature infants.

“We believe this will change the field of cardiology and improve care for the tiniest neonates,” Sathanandam said. “The transcatheter closure allows babies to grow and heal faster.” 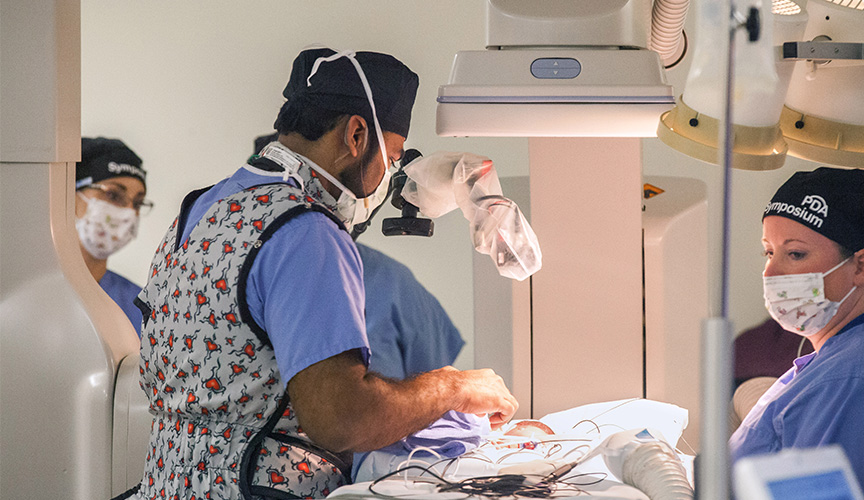 To date, Sathanandam has performed 140 closures on neonates weighing 2 kilograms or less and played a key role in the multisite Abbott trial, which closed enrollment Feb. 1. Le Bonheur has enrolled more neonates than any other center in the study.

“From being the top enrolling site, to being active in the publication and presentation committee, Sathanandam and the Le Bonheur team have made a major contribution to the success of this landmark study,” said Evan Zahn, MD, FACC, FSCAI, director of the Guerin Family Congenital Heart Program at Cedars Sinai Medical Center and principal investigator of the trial. “The collaboration and teamwork which characterize Le Bonheur Children’s Premature PDA program serve as a model for the rest of the world.”

Since Le Bonheur’s Heart Institute began closing PDAs in the catheterization lab four years ago, Sathanandam’s team has significantly decreased procedure time and the weight threshold for neonatal candidates. He also uses a different device – outside the trial – when appropriate.

The ideal candidates are extremely low birth weight (ELBW) infants who are born less than 28 weeks, are less than 4 weeks of age and weigh less than 1 kilogram. The team also successfully transfers the neonates from other facilities and back when needed.

“We’ve found that the weight of the neonate doesn’t really matter, and the smaller babies who undergo the procedure early in life (<4 weeks of age) actually come off the ventilator faster,” Sathanandam said. The smallest baby to receive a transcatheter closure at Le Bonheur weighed 600 grams, he said.

To better follow these high-risk neonates — who require multispecialty services — Le Bonheur has established a comprehensive outpatient clinic focused on their unique needs. The clinic also sees infants and children with PDAs for follow-up after closure at any age.

As they perfect the method, the team also has plans for animal studies to better understand the best candidates for transcatheter closure and the best age and timing for such a procedure. Sathanandam, in collaboration with the Comprehensive Continuous Integrated System of Care (CCISC) is developing a registry. Moving forward, infants who undergo this procedure will be entered into a national registry so physicians can learn more about benefits of the technique. That registry, he hopes, would further the knowledge base on device closures in ELBW.

Sathanandam has proctored at several children’s hospitals throughout the trial to share his expertise with other interventional cardiologists interested in advancing the work.

That willingness to teach and collaborate garnered interest from several sites who wanted to provide the transcatheter closure option to their families.

Interventional Cardiologist David Nykanen, MD, said he invited Sathanandam to his facility at Arnold Palmer Hospital for Children in Orlando, Fla., during the trial because he knew transcatheter PDA closures would be an important focus at the hospital, which delivers 15,000 babies each year.

At Nationwide Children’s Hospital in Columbus, Ohio, Darren Berman, MD, FACC, FSCAI, co-director of Cardiac Catheterization and Interventional Therapies also relied on Sathanandam to proctor his team during the first phases of the trial. Many in his field believe the procedure has real potential to significantly help patients, he said.

Smaller studies have shown that there is some improvement in how babies do in the hospital in terms of their need for being on respirators and that it’s helping in getting them off respirators sooner, Berman pointed out. 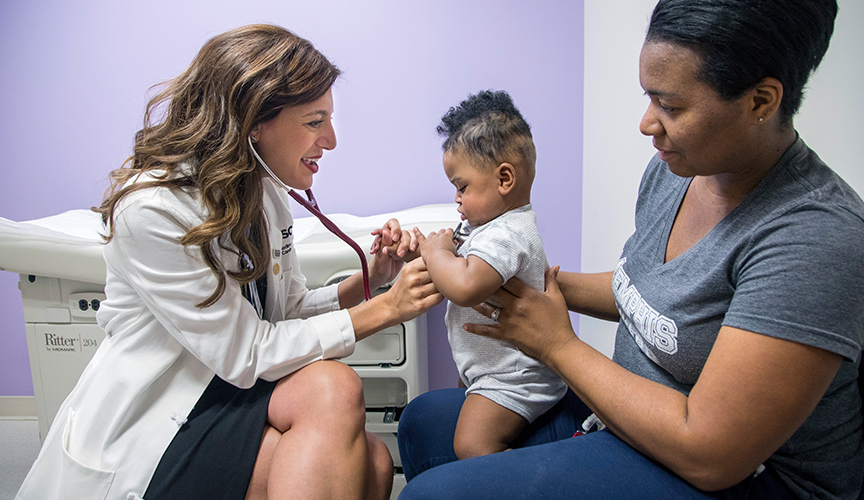 “We are in a new era in terms of how small an infant we can do this for,” said Berman. “Shyam has been a major part of helping to move this procedure forward. His experience with the procedure really is impressive in terms of the number of patients in Memphis and the surrounding area who are referred for this.”

Furthermore, Sathanandam and his colleagues at Le Bonheur launched an International PDA Symposium in Memphis last May to bring neonatologists, pediatric cardiologists and pediatric cardiac surgeons together to discuss management of PDAs in newborns. More than 150 providers from seven countries attended the event, which largely focused on transcatheter closures.

During that meeting, more than 100 physicians watched a live PDA closure on a 700-gram, 14-day-old (24-week gestation) premature newborn girl. The girl successfully was weaned from the ventilator seven days later. The Second International Symposium will be held at Graceland in Memphis, April 10-12.