Since he was less than 24 hours old, Jesse Schrock has called Le Bonheur Children’s Hospital his home. Born with pulmonary hypertension and a myriad of major health issues, he has required around-the-clock care since birth, and parents Esther and Joseph are thankful for the compassionate and expert care their son receives.

“Le Bonheur has been amazing, and I would not have wanted my son to be treated anywhere else,” says Esther.

While the family is beyond grateful for Jesse’s care, the hospital is located nearly 150 miles from their home in Mississippi, and the thought of a 2 ½ hour commute to visit their infant son is simply unfathomable.

The first day they arrived at Le Bonheur, a social worker arranged for Esther and Joseph to lodge at FedExFamilyHouse, where they’ve been staying since June of 2020. While their son is being cared for at the hospital, the couple has a comfortable place of respite just nearby. 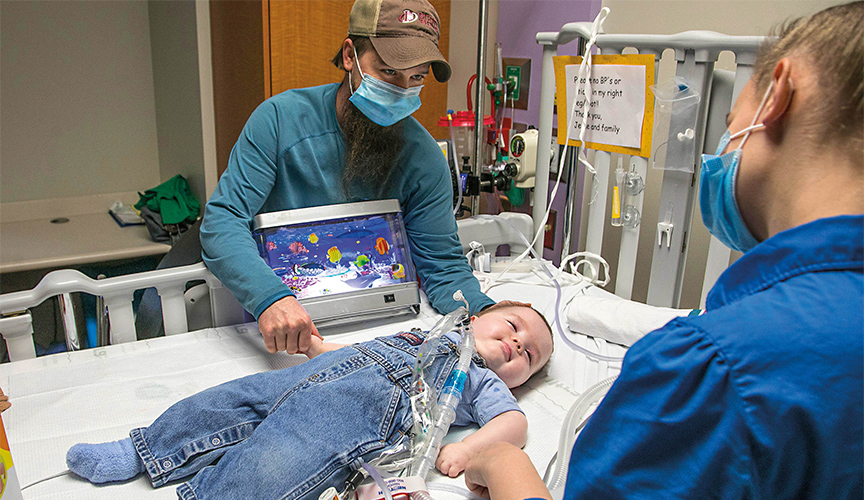 “The best thing about FedExFamilyHouse is being able to sleep in a real bed without worrying about being two hours away if something happened. I can get right across the street quickly if I’m needed,” says Esther.

Jesse’s life has not been an easy one. He was transferred to Le Bonheur immediately after he was born, where he stayed in the hospital’s Pediatric Intensive Care Unit for a week until he was stable enough to move into the NICU. Although his pulmonary hypertension has resolved itself, he was left with multi-systematic effects from a neuropathic disorder that has resulted in severe weakness that affects his breathing, swallowing and heart.

FedExFamilyHouse has been so great! The rooms are amazing, and the service is wonderful. If we need something the staff is always there to help, and they are super friendly.

While they know his condition is complicated, scientists don’t know much about it. Because he was born with little to no control over his muscles, doctors initially thought he suffered from Spinal Muscular Atrophy — the most common hereditary neuropathy of infants. But since that screening was negative, broader testing occurred. Following genetic testing, he was found to have a gene mutation found in only 10 other kids worldwide, Hereditary Sensory Autonomic Neuropathy Type VI (HSAN Type VI). 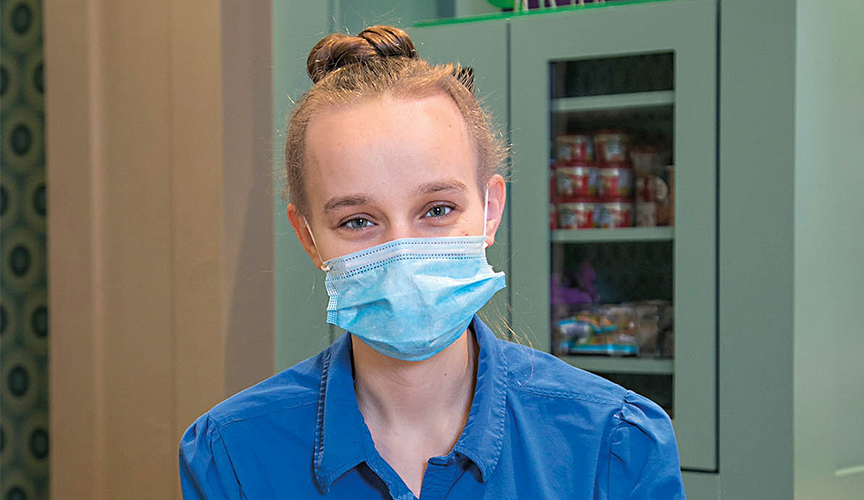 Jesse lacks muscle tone, battles neuropathy and is unable to sleep with his eyes closed. He’s been on a feeding tube since he was 2 months old, and he could be dependent on the ventilator forever.

Despite these challenges, Jesse has already overcome and met milestones that no one ever expected. He is now being cared for in the Intermediate Care Unit for vent and trach training, which are the steps needed to finally go home to Aberdeen, Miss.

Without FEFH, Esther and Joseph could not be as actively involved in Jesse’s care as they are now, and for that, the family is extremely grateful. Not only is FEFH logistically beneficial, but it also allows the parents to rest and recharge so they can mentally stay focused and positive about their son’s care.

“FedExFamilyHouse has been so great! The rooms are amazing, and the service is wonderful. If we need something the staff is always there to help, and they are super friendly,” said Esther.