Terri Finkel, MD, PhD, traces her expansive career back to one main influence: her grandmother.

On the cusp of World War II, Mrs. Berta Helman ran an apron shop in Germany – a business she would lose and restart three times as war chased her family from Germany to Shanghai to America. With each move, determined to support her family, she’d roll up her sleeves, reopen and try again.

“My grandmother showed me it’s about finding a solution, not focusing on the problem,” remembers Finkel. 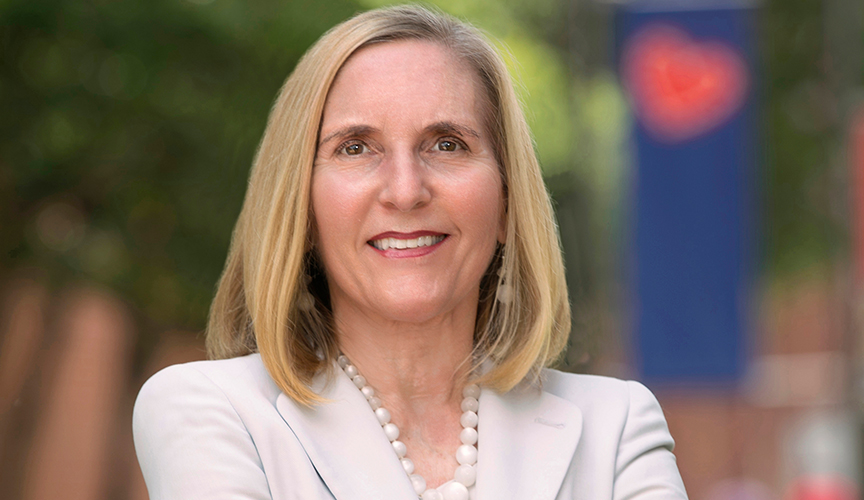 That tenacious spirit has served Finkel well as a renowned pediatric rheumatologist and immunologist. Since moving to Memphis this year, she’s taken on three leadership roles in Memphis’ medical community. At Le Bonheur, she serves as vice chair of Clinical Affairs; at the University of Tennessee Health Science Center (UTHSC), professor and associate chair of Pediatrics; and at St. Jude Children’s Research Hospital, an adjunct faculty member.

As Le Bonheur’s vice chair of clinical affairs, Finkel will check in regularly with all of Le Bonheur’s division chiefs in the Department of Pediatrics, keeping the hospital’s many moving parts running smoothly.

Finkel’s career is a mosaic of research, clinical practice and administrative achievement. She’s built a pediatric hospital department from scratch, her autoimmune research is recognized by more than 150 publications, her work was highlighted on the cover of Rolling Stone during the height of the HIV epidemic and in 2014, her biography was read into the Congressional Record of U.S. History in honor of her leadership and contributions to health care.

Sometimes by combining our forces we come up with a better solution. It’s fulfilling to convey the passion that you feel and draw other people into the work.

She’s tirelessly advanced understanding of the mechanisms underlying immune dysfunction. Her work has received more than $12 million in research grants since 1990, garnering 10 patents or patents pending.

Finkel primarily investigates how infection sparks autoimmune disease. Within a year of beginning her fellowship in pediatric rheumatology, her findings that developing T-cells are able to receive and transmit cellular signals had been published in Nature.

“Many autoimmune diseases we either know, or suspect, to have an infectious trigger,” Finkel says. She focuses on identifying the inner workings of that trigger: studying, for example, the interplay between genetics, infection and immune response, which may “switch on” a disease in one person but not another.

“As a child, she had rheumatic fever that caused severe heart damage in her later life,” Finkel says. “Figuring out the pathogenesis of why she got sick and what to do about it has been a theme in both the clinical work and the research I’ve done.”

Finkel has a knack for connecting not just data, but people, and it’s a skill she’s used to build partnerships,teaching curriculums and – twice – hospital departments.

“Sometimes by combining our forces we come up with a better solution,” she says. “It’s fulfilling to convey the passion that you feel and draw other people into the work.”

Her first day on the job, CHOP’s division contained one rheumatologist—herself. By the end of her tenure a decade later, she’d brought in ten faculty members and established one of the nation’s top rheumatology fellowships, training seven to eight fellows each year.

Finkel comes from Nemours Children’s Hospital in Orlando, Fla., where she was chair of Pediatrics and chief scientific officer. Joining their faculty in 2011 was a gamble. Orlando’s first freestanding and academically focused pediatric hospital, Nemours was trying to get a foothold alongside two established community hospitals, and so new it hadn’t yet opened its doors.

She was tasked with building Nemours’ Department of Pediatrics and Research Institute from virtually the ground up. Her goals? “Build a hospital, staff it and take care of children who weren’t there before,” she laughs.

Finkel shaped her department into a cutting-edge center for higher level acute care of severely ill children. The staff she recruited fused research and clinical work, both studying and treating rare conditions such as cystic fibrosis, pediatric lupus and spinal muscular atrophy from patients around the world.

Finkel was also Nemours’ executive lead on two projects she hopes to bring to Memphis: PedsAcademy, a bedside teaching program for patients, and PEDSnet, an online database and research network of millions of cases.

And though it wasn’t part of the plan when she moved to Memphis, Finkel took on additional roles in light of the COVID-19 pandemic: co-leading the build of the UT Community COVID-19 Testing Sites and connecting Memphis medical experts in a COVID-19 research group. The group meets once a week for a “think tank” that’s increased from nine initial members to more than 50, representing organizations such as Le Bonheur, St. Jude, UTHSC, the Regional Biosafety Lab, the University of Memphis and Oak Ridge National Laboratory.

Alongside Finkel, her husband, Pediatric Neurologist Richard S. Finkel, MD, has been recruited by St. Jude to lead a pioneering translational neuroscience program.

“What Richard’s pursuing [with St. Jude] seeks to do for children with neurologic diseases what St. Jude has done for children with cancer,” says Finkel. “[Studying] not just neuromuscular diseases, but epilepsy, and especially rare diseases in the neurosciences.”

Both Le Bonheur and UTHSC will come alongside that effort, and all three organizations plan to form a consortium dedicated to pediatric neuroscience.