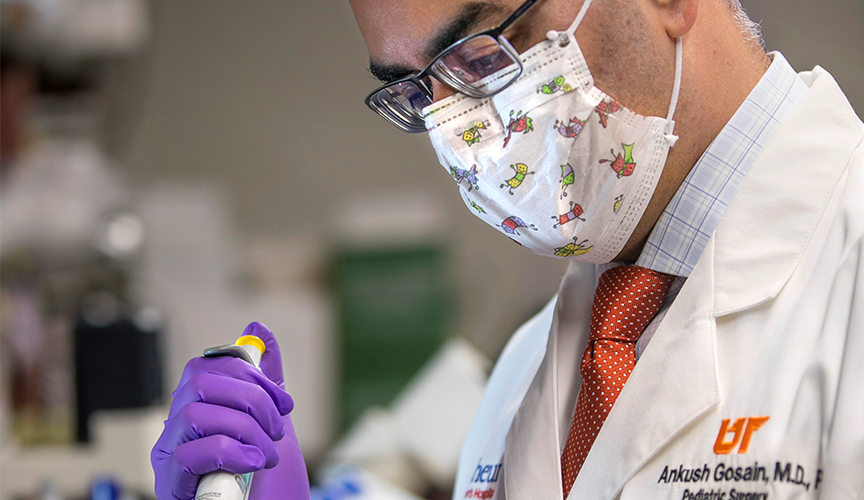 “This research builds on more than a decade of work supported by the NIH, multiple societies and the generous support from Le Bonheur and the Children’s Foundation Research Institute,” said Gosain.

The objectives of the research project are to establish a causative relationship between dysbiosis – imbalance of the gut microbiome – and Hirschsprung-associated enterocolitis (HAEC) and identify which bacteria are the main drivers of HAEC. Gosain will also test therapeutic targets and examine how neurotransmitters made by bacteria influence the motility of the intestine.

“Our goal is to reach a deeper understanding of the pathophysiology of Hirschsprung-associated enterocolitis as well as the identification of novel treatments and prevention of the disease,” said Gosain.

Gosain’s lab is the only NIH-funded lab in the country to study HAEC. 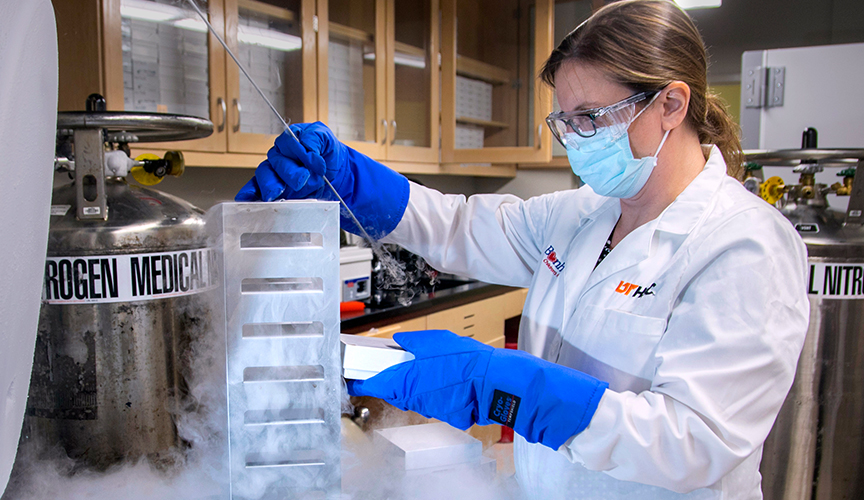 Hirschsprung disease (HSCR) is a result of the incomplete development of the enteric nervous system, or the “brain of the gut,” which controls motility, water and nutrient absorption and local blood flow. HAEC is a life-threatening complication of HSCR. It affects 30-60% of infants with the disease and is the leading cause of death among these infants.

The cause of HAEC is unknown. Because of this, treatment is limited to targeting acute symptoms rather than the underlying cause. Gosain says the long term goal of his laboratory is to define why and how HAEC develops to prevent and treat it at the source.

Gosain and his lab want to determine if these changes are a result of HAEC, a cause or a little bit of both.

Using a mouse model, Gosain will use fecal microbiota transplant to prove this hypothesis. Other goals of the project include determining why HAEC has impaired production and secretion of IgA – the primary antibody targeting bacteria in the gut – and how alterations in bacteria contribute to intestinal stasis.

Gosain is associate professor of Surgery and Pediatrics at UTHSC and director of the Pediatric Surgery Research Laboratory at the Children’s Foundation Research Institute at Le Bonheur.