Ananasa Mobley needed a miracle team. A recent ultrasound had shown a mass compressing the trachea of the infant she was carrying. Doctors were worried for her near-term baby’s life – the infant’s young airway could be so compressed by the growing tumor that she’d be unable to breathe at birth. What followed was several weeks of planning by the team at Le Bonheur Children’s Hospital to ensure baby Aubree Mobley had the best chance. Her birth, and subsequent surgery to remove the mass, would require a handful of specialists all ready to play their part. This is the story of Aubree’s miraculous birth.

Memphis Perinatologist Roy Bors-Koefoed, MD, calls Le Bonheur Pediatric Surgeon Trey Eubanks, MD, and asks Eubanks to see one of his patients in clinic. A recent ultrasound on a near-term baby girl showed a mass compressing the infant’s trachea. “When I saw the mass, I knew we’d need an EXIT procedure,” Eubanks said. An EXIT procedure, or ex utero interpartum treatment, is a specialized surgical delivery procedure for babies who have neonatal emergencies, such as an airway obstruction, that require an immediate procedure while still attached to the umbilical cord. Images showed that a teratoma was blocking the airway of Aubree Mobley, the infant.

Eubanks and Le Bonheur’s team of surgeons and Operating Room staff begin building a plan to deliver and open the baby’s airway at Le Bonheur. “When we built the new operating rooms in 2019, we designed them with room so that we could deliver babies here, if needed,” Eubanks said. This would be Le Bonheur’s first planned delivery since adding four new operating rooms. The procedure would require a handful of specialists – pediatric surgeons and otolaryngologists, pediatric and adult anesthesiologists, Ananasa’s obstetrician, and a host of labor and delivery and pediatric operating room nursing teams. The teams met to walk through the procedure several times, developing a plan and contingency plans for all scenarios. 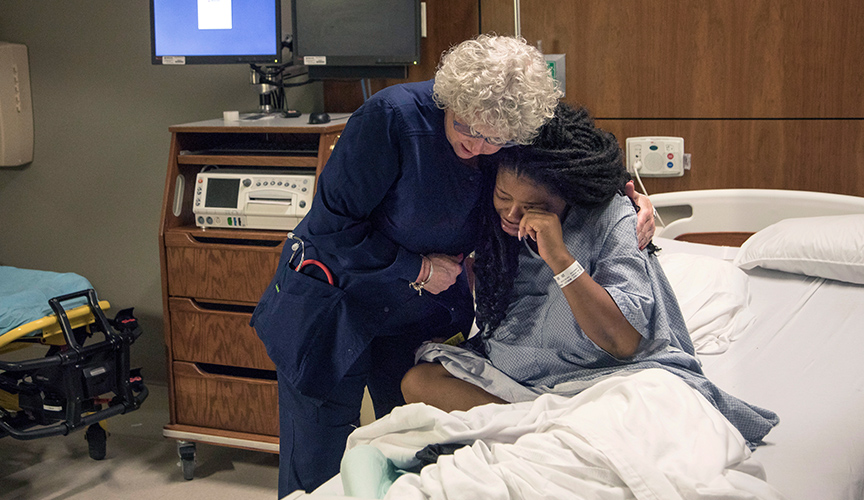 The plan hit a snag early on when Ananasa, in her fifth pregnancy, suffered a mild preoperative stroke that left weakness in one side of her body. She was admitted to an adult hospital and the team moved their procedure date up a week – to Memorial Day weekend. Team members planned on operating at Le Bonheur, but developed backup plans to do an EXIT procedure at the neighboring hospital, if necessary. That required endless checks with both hospitals’ pharmacy and nursing staffs to ensure safe deliveries could occur in either operating room, if needed. 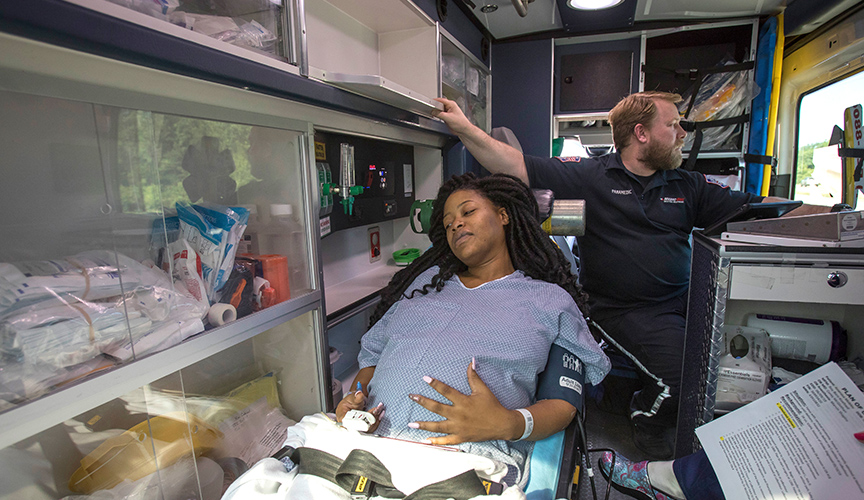 With mom and baby stabilized, Ananasa was transferred to Le Bonheur Children’s on the day of her surgery, Friday, May 24. Le Bonheur’s surgical team met her there and prepped her for the EXIT procedure. 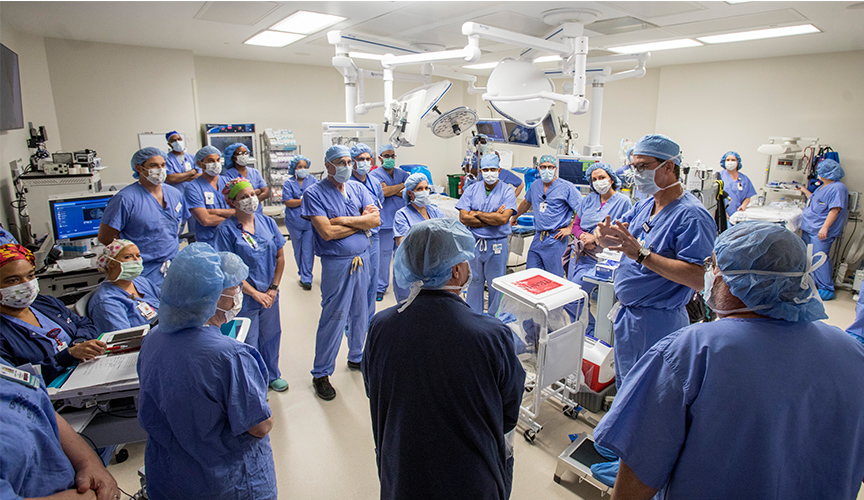 Twelve minutes. Ananasa’s surgical team figured they had 12 minutes once baby Aubree was delivered to access an airway for her. The team’s best option was to intubate baby Aubree, but the team also was prepared to create a surgical airway or even put her on heart-lung bypass if necessary. Those scenarios meant that a minimum of 16 people – and all of the necessary equipment – needed to be in the Operating Room. 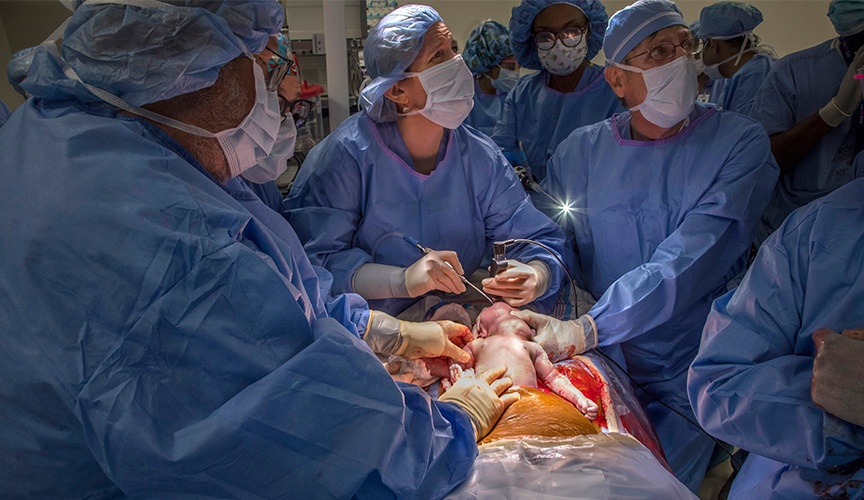 As part of the EXIT procedure, only the upper portion of Aubree’s body was delivered outside the placenta, to optimize the mother-baby connection for as long as possible. Pediatric Otolaryngologists Jennifer McLevy, MD, and Jerome Thompson, MD, were able to intubate Aubree quickly, establishing an airway in less than five minutes. Once intubated, the team – including Bors-Koefoed and Obstetrician Corey McGlothan, MD, assisted by Pediatric Surgeon Tim Jancelewicz, MD, delivered Aubree.

Aubree was then moved to Le Bonheur’s Neonatal Intensive Care Unit, while mom Ananasa was transported back to the adult hospital for recovery. Two weeks later, Pediatric Surgeon Eubanks removed the teratoma (pictured below) from Aubree’s airway. “The availability of excellent subspecialists really helped us,” Eubanks said. “We are able to do this because of our breadth of expertise, and we’re proud to have built a team at Le Bonheur that was able to help this family.” 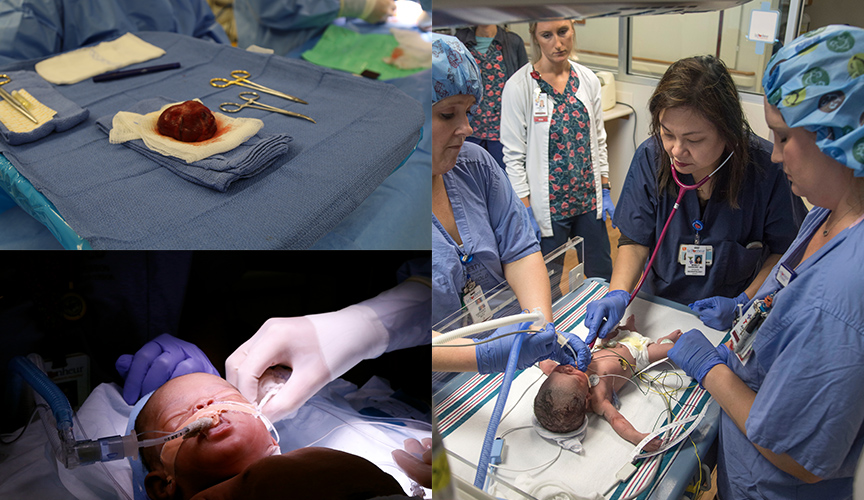