A first-of-its-kind peanut oral immunotherapy, Palforzia (AR101) was recently approved by the Food and Drug Administration (FDA). Le Bonheur was one site in the trial that brought this drug to market, providing a viable treatment for children who have lived years with a peanut allergy.

In this study, peanut allergic patients were given small amounts of peanut protein in the form of a powder. The powder was increased every two weeks until they were eating approximately one peanut’s worth. Participants with an allergic response were randomly assigned to receive AR 101, the investigational biologic oral immunotherapy drug (up to 300 mg of peanut protein), or a placebo.

Over time you can slowly increase that dose in the patient to where they are tolerating an amount they otherwise wouldn’t have tolerated prior to the therapy. In some patients in the food challenge at the end of the study, say six or 12 months later, they can eat upwards of 10 to 15 peanuts, whereas before they couldn’t even eat one.

Other therapies being investigated beyond oral immunotherapy include patch immunotherapy, modified allergen therapies and adding a biologic medicine to one of the immunotherapies to improve efficacy or safety.

“There’s a lot on the horizon, and it’s a good time to be a part of the food allergy community. For so long we haven’t had anything to treat these patients, and hopefully soon we’ll have more than one option,” notes Lieberman.

Previously, the only recommended treatment was avoidance first and emergency therapy second, specifically in the form of epinephrine, if a reaction occurred.

It is estimated that 1-2% of the population in the United States is peanut allergic with higher numbers in children and adolescents. No known root cause has been identified for peanut allergies, but Lieberman explains there is no single cause — it is a multifactorial disease.

“There’s a genetic component, an environmental component and possibly a component of when these foods are introduced into the diet that can play a role into why some kids get peanut allergy and others don’t,” he explains.

One theory is the hygiene hypothesis. As society becomes more hygienic and has less infectious disease, whether parasitic or bacterial, immune systems may shift to develop more allergies in general, not just peanut allergy. Delayed introduction of peanuts into a child’s diet may also play a part.

“Studies have shown that allergic disease in general, meaning developing allergic antibodies to things like dust mites or peanuts, may be more apt to happen in patients who are not exposed to certain infectious agents early on,” adds Lieberman.

Thanks to Palforzia, allergists/ immunologists like Lieberman now have a proven treatment that they can provide to their peanut allergic patients.

Listen to an interview with Pediatric Allergist/Immunologist Jay Lieberman, MD, about peanut allergy and new immunotherapies at lebonheur.org/podcast. 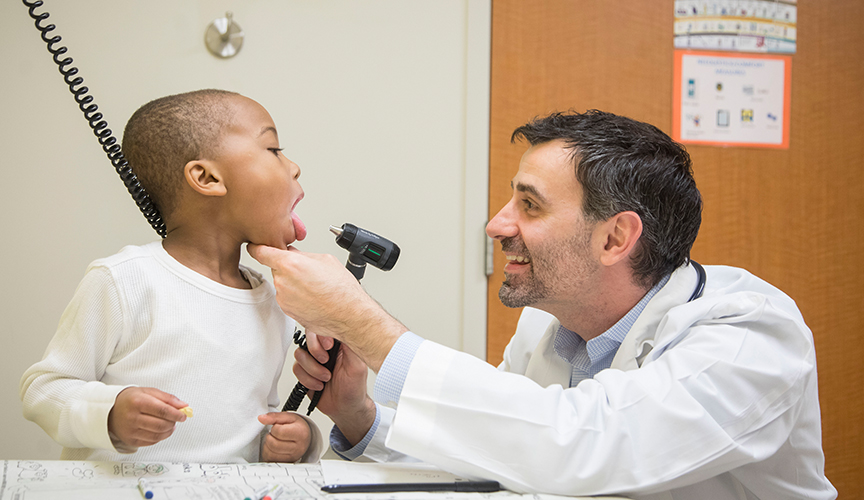