When Greyson was 6 months old, Ryan and Brittany Schwaigert saw an ultrasound with cysts that looked like popcorn crowding their son’s kidneys.

When he was 11 years old, they found themselves making a decision that could impact him well into adulthood. Should they proceed with a new procedure – kidney cyst decortication? 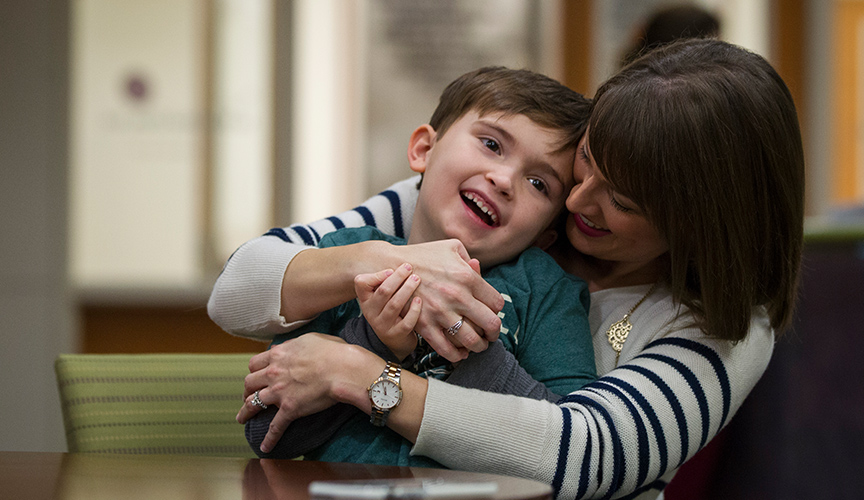 “Greyson has the polycystic variety of tuberous sclerosis which means cysts on his kidneys are hampering their ability to function properly,” said Nephrologist John Bissler, MD. “He also has autism and sensory processing difficulties which would make dialysis difficult and unpleasant. Cyst decortication was the best option for him.”

“The option for this procedure took us by surprise, but we knew we wanted to be as aggressive as possible,” said Greyson’s mom, Brittany. “It was also important to address this pre-puberty before it would become more difficult to control.” 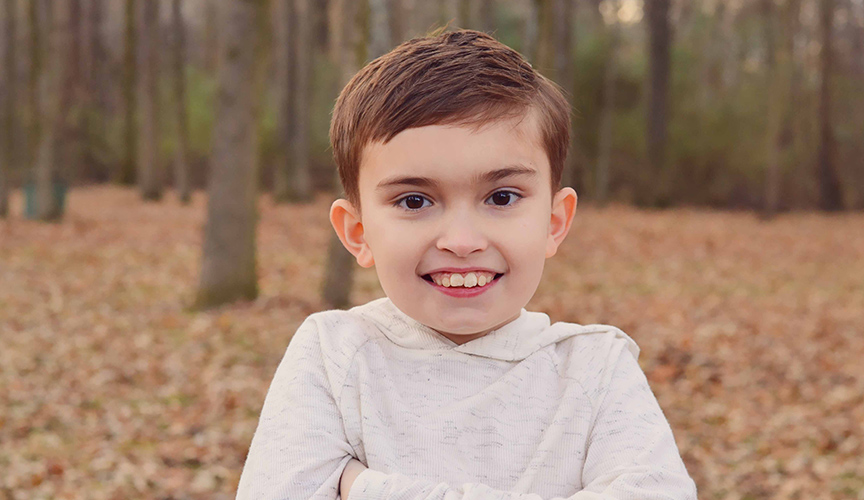 After speaking with another mom whose child was one of the first to undergo cyst decortication, Ryan and Brittany knew that this was the right choice for Greyson.

“I never want to put Greyson through anything that he doesn’t have to do,” said Brittany. “But we trust Dr. Bissler implicitly and know that he wants to do whatever is best for Greyson.”

During the procedure, Medical Director of Robotic Surgery Joseph Gleason, MD, removed 800 mL of fluid from Greyson’s abdomen. The change was visible and immediate as they watched Greyson’s stomach deflate and blood pressure drop when they began to drain cysts.

Le Bonheur’s Tuberous Sclerosis Clinic is truly the best in the world – all of the doctors, nurses and staff are incredible. With this under-publicized disease we feel so incredibly lucky to have this clinic in our backyard. It has changed Greyson’s life.

The Schwaigerts were back home the same day as surgery, and Greyson was back to his normal self within 72 hours of surgery. Bissler has cut his blood pressure medication in half.

“Greyson will continue to have yearly imaging follow-up to Le Bonheur’s Tuberous Sclerosis Clinic is truly the best in the world – all of the doctors, nurses and staff are incredible,” said Brittany. “With this under-publicized disease we feel so incredibly lucky to have this clinic in our backyard. It has changed Greyson’s life.”