The investigators at Le Bonheur, including Nephrologist Arwa Nada, MD, are focused on identifying risk factors that predispose infants to AKI as well as the impact of fluid balance on clinical outcomes. In the past year, the AWAKEN study group has published a number of studies showing associations between AKI, hemoglobin levels and fluid balance.

Overall, these findings indicate fluid balance and hemoglobin levels may be risk factors for the development of AKI in critically ill neonates. 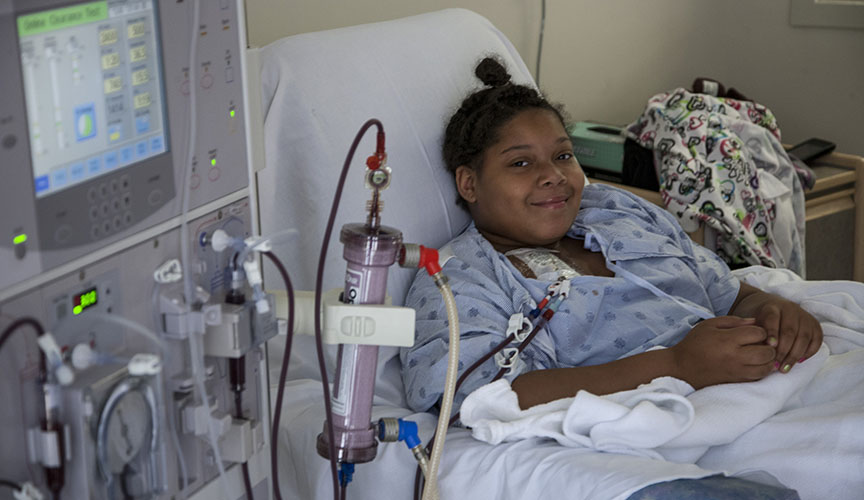 Nephrologist Rima Zahr, MD, is working on ways to predict the severity of sickle cell disease (SCD) and identify new treatments to slow the progression of kidney damage in SCD. Zahr has published three studies in the past year exploring various aspects of SCD including genetic risk factors for albuminuria in SCD, the efficacy of hydroxyurea in SCD and renal biopsy findings from children and adolescents with SCD.

Patients with sickle cell anemia, a common manifestation of SCD, often progress to chronic kidney disease, which ultimately results in end-stage renal disease. Albuminuria is considered a marker of renal damage, and current screening recommendations for albuminuria start at 10 years of age.

However, Zahr postulates that genetic screening may help identify patients with sickle cell anemia who are at risk of progressing to chronic kidney disease before albuminuria screening takes place. Early identification of these patients could hasten therapeutic interventions and prevent severe kidney damage, which Zahr and colleagues have observed in kidney biopsies from patients as young as 4 years old. To explore the impact of genetic variations on the progression of sickle cell renal disease, Zahr and collaborators used whole genome sequencing data from the Sickle Cell Clinical Research and Intervention Program (SCCRIP), a lifelong longitudinal study of patients with SCD at St. Jude Children’s Research Hospital. The investigators specifically focused on variants in the apolipoprotein L-1 (APOL1) gene, which are associated with kidney damage and disease.

These APOL1 variants were also associated with albuminuria in sickle cell anemia in previous research. The investigators examined these variants in the SCCRIP cohort to see if they could predict the development of albuminuria and progression of kidney disease. Within the SCCRIP cohort, 22% of participants 10 years of age or older developed albuminuria. For participants carrying high-risk APOL1 variants, the time to develop albuminuria was shortened by 41%, with those taking hydroxyurea showing a 7% delay in the time to develop albuminuria.

Some participants with these high-risk variants also developed albuminuria prior to 10 years of age. These findings indicate early screening for high-risk APOL1 variants among children with SCD could identify those at risk of early-onset albuminuria and kidney damage. In another study, Zahr and colleagues examined the effects of hydroxyurea in patients with sickle cell anemia from two different cohorts, the Hydroxyurea Study of Long-term Effects and SCCRIP.

Overall, Zahr’s recent studies make a case for earlier screening and intervention in children with SCD. In future studies, Zahr and colleagues plan to examine the progression of albuminuria and kidney disease in children with sickle cell anemia, investigate the influence of genetic risk factors on the progression of kidney disease and test novel therapeutic strategies in at-risk patients. Such studies may eventually provide a precision medicine approach to preventing and ameliorating renal damage in SCD. 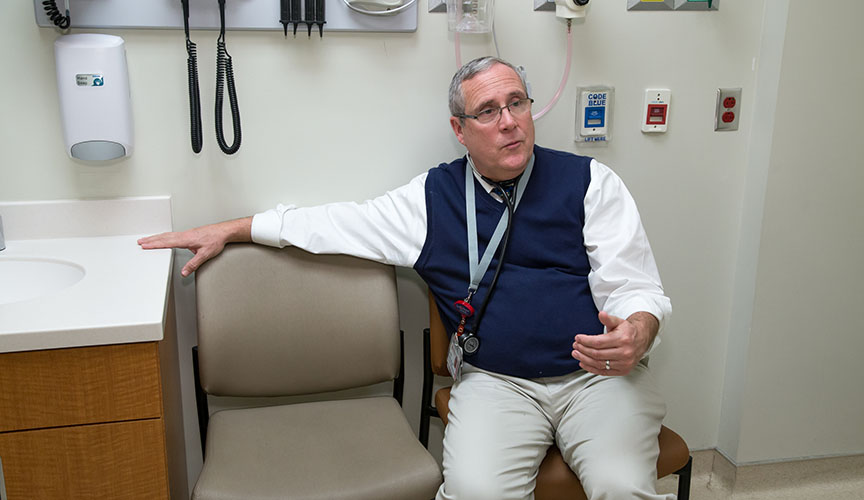 Next, the investigators determined whether type A intercalated cells showed activation of the mTORC1 pathway, which is regulated by the Tsc1 and Tsc2 genes. Even with an intact Tsc gene locus, these cells showed increased activation of the mTORC1 pathway. Additionally, when the investigators treated mice with rapamycin, an mTORC1 inhibitor, they observed increased survival in Tsc mutant mice. Patients with polycystic renal disease also responded positively to mTORC1 inhibitor treatment, showing reduced cyst burden after one year of treatment. In a final set of experiments, Bissler and colleagues tested whether extracellular vesicles mediated phenotypic induction in type A intercalated cells. To test this idea, they used a cell culture approach.

In response, the intercalated cells hyperactivate the mTORC1 signaling axis and proliferate, creating renal cysts. These cells respond to mTORC1 inhibition in both mice and humans. This research may also lead to new therapeutic strategies targeting the extracellular vesicles involved in the generation of renal cysts.